Deloitte has partnered with provide funding over five years to support students while studying abroad.

The Bachelor of Commerce (Global Experience) offers the opportunity of a work placement and a study abroad in the same year. The global experience is fundamental to the educational experience and offers students the opportunity to experience new cultures and to work in new environments. Galway University partners with universities in a variety of countries including Australia, Austria, Belgium, Canada, Denmark, France, Germany, Hong Kong, Sweden, the UK and the USA, amongst others.

The Deloitte funding will be used as a grant to support students travelling abroad during the third year of the course.

At Deloitte, we see first-hand, and on a daily basis, the ever-increasing need for international experience and an ability to work across borders. Our clients are operating in a more globally connected way than ever before, and therefore we need to work this way also. We are delighted to support the University of Galway Deloitte scholars in gaining this important and valuable experience. We very much believe that it will equip them well in their future business careers.

'Preparing for the Workplace' is an umbrella name for three major modules: Skills for Success; Skills for Business and Innovation, Creativity and Enterprise supported by Industry partner PwC.

The focus is on developing students outside of their academic work to understand the progression of ideas from concept to the marketplace. Over three years students develop a wide range of skills to prepare for industry and community engagement.

The Campbell Bewley Medal shall be awarded to the highest placed candidate at the B.Comm. Degree examination from among those who joined Third Commerce under the joint University of Galway, Galway/Shannon College of Hotel Management programme, provided the candidate obtains at least Second Class Honours overall in the degree.

The Ó Cearbhaill Prize In Economics

This Ó Cearbhaill Prize in Economics shall be awarded annually to the first year student in the B.Comm degree with the best overall performance in economics modules. The prize arranged through the generosity of his family, is in memory of An Dochtúir Diarmuid Ó Cearbhaill, iar-LéachtÓir le Gheilleagar agus Tráchtáil, former Dean of the Faculty of Commerce, and noted scholar with particular interests in rural development, Irish history, and the Irish language.

The Raymond Heeran Award is to honour the memory of Raymond (Ray) Heeran who died tragically in 1988 having graduated from Galway University with a BComm in 1985. Ray was born in1963. He grew up and was educated in Galway, Athlone and Drogheda. He loved sport, the music of his time and friendship. His award recignises the highest achieveing student in the discipline of Marketing.

The O'Donoghue Centre is a new performance facility in what was once the IMI Building adjacent to the College Bar and the Bailey Allen Hall. It features a new theatre of 120 seats, with state of the art sound, lighting and digital equipment. There are also three studio spaces for teaching and rehearsals; a workshop for set-building; dressing rooms, classrooms and storage space. These facilities allow University of Galway to provide teaching in the most modern facilities in any Irish University.

The Centre is possible thanks to the generosity of Dr Donagh O'Donoghue and his family. A graduate of University of Galway, Dr O'Donoghue continues his inspiring legacy by supporting the Centre for Drama, Theatre and performance. His vision allows the University to build and develop its strengths in drama, theatre and film studies and a broad understanding of performance generally. This truly has a transformative effect not only on our students but on the vibrant cultural hinterland that surrounds the campus.

The O'Donoghue Centre for Drama, Theatre and Performance will deliver ground-breaking programmes of a kind unavailable elsewhere in Ireland or internationally, firmly rooted in local strengths and capacities, but globally significant in vision, ambition and innovation.

Drama and Theatre at University of Galway have a distinguished history, with major directors, actors, playwrights and producers emerging from the university over the years. The opening of the new O'Donoghue Centre for Drama, Theatre and Performance - supported by Galway University Foundation - will preserve that legacy - but it will also open up exciting new opportunities.

Research in Drama has been greatly strengthened by the university's investment in major theatre archives supported by Galway University Foundation. These include the papers of playwrights Thomas Kilroy, John Arden and Margaretta D'Arcy; of companies including Druid, the Lyric, Galway Arts Festival and Macnas; and of the actors Arthur Shields and Siobhan McKenna. But perhaps its greatest innovation in this area has been in the use of technology to digitise the archives of the Abbey Theatre and the Gate. With over 2 million items including scripts, videos, photographs, and administration records, these resources make University of Galway the home of the world's largest digital theatre archive.

These activities are strengthened by partnerships with professional theatre companies. In particular, Galway University Foundation supports Drama in a partnership with Druid Theatre Company, whose Tony-Award winning co-founders Marie Mullen and Garry Hynes are graduates of the University. 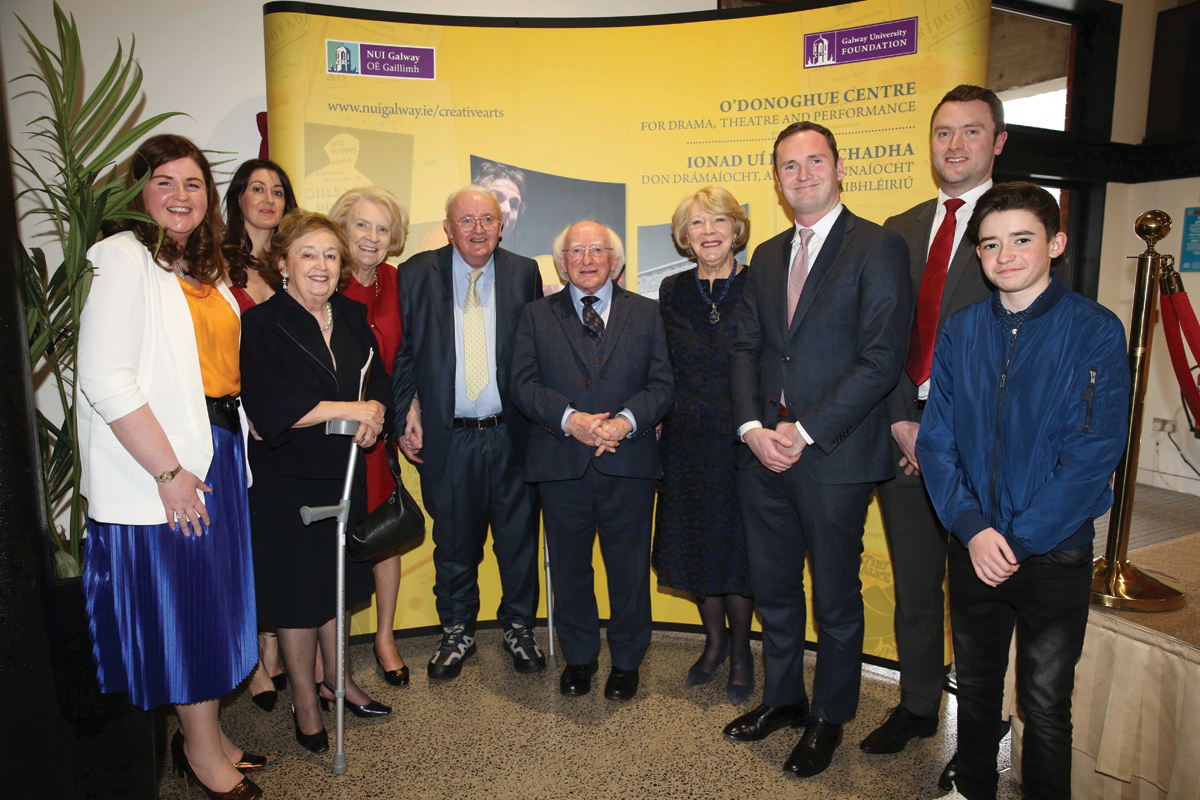 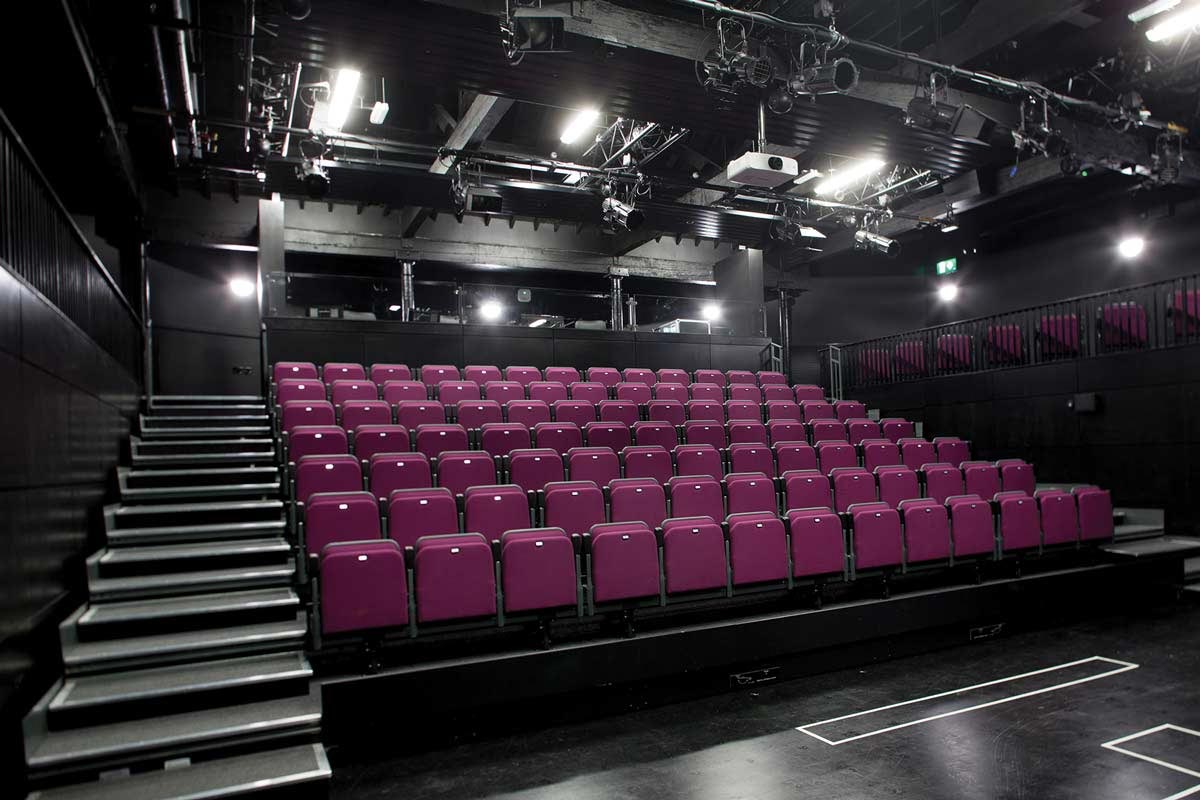 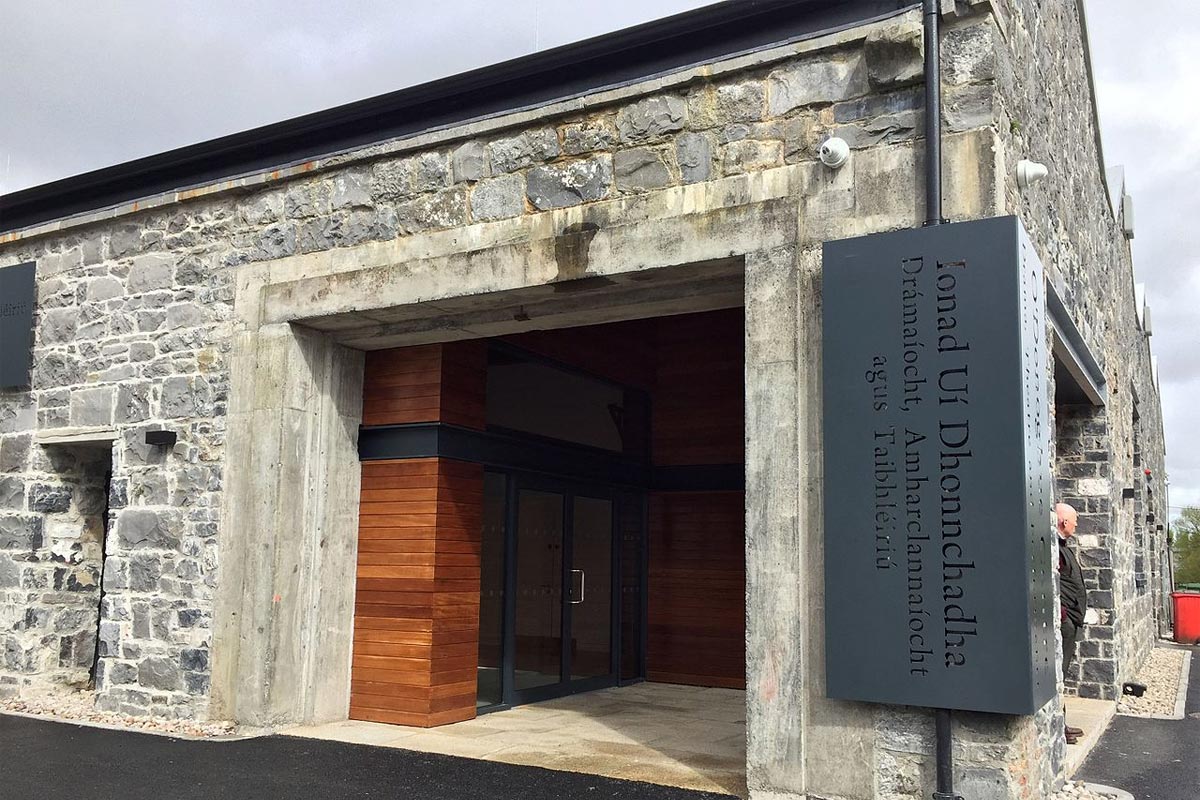